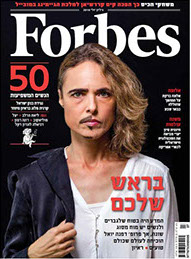 The article appears in the July issue of Forbes Israel

Those are the words that Sivan Ya’ari, Founder and CEO of Innovation: Africa, choose to summarize the activity of the organization she founded eight years ago, which brings Israeli technologies to Africa in order to provide electricity and clean water access.

Ya’ari arrived to Africa for the first time when she was twenty years old, when she was sent there by the textile company she was working for, Jordach.  "I arrived in Madagascar, and saw that the people in the clinics were waiting and unattended. I saw that many kids didn’t attend school, and I have tried to understand why this is so".  Later she found out that in those clinics there were no refrigerators, there were no medicines and no vaccines. The lack of electricity access was the reason. "Next, I saw adults and children looking for water, using their hands to dig the water out, as the water is underneath the soil. In order to get the water, you need to pump it up, and in order to pump the water, you need electricity. As I visited more African countries, I saw the exact same situation.” Examining the problem, Ya’ari found out that more than 600 million people in Africa were never exposed to electricity, and in most countries, only 10% of people have access.

The first project Ya’ari facilitated was the installation of two solar panels on the roof of a clinic in Tanzania. Her team trained a local team how to use the new technology and how to maintain it. The change in the lives of those villagers was huge. "The nurse could attend patients at night without candles for the first time. They also had a fridge for the first time, which enabled the fridge to store medicines and vaccines. Less people died, and the rate of birth mortality dropped," says Ya’ari.

Later on, Ya’ari had also aspired to assist solving the water issue. Equipped with drills, Innovation: Africa’s team was drilling into the aquifer. Then, they installed a pump powered by solar energy, which pumps the water into a big water tank located at a high point within the village. With the power of gravity, the water flows to the taps installed in the village. In addition, in each village they installed a drip irrigation system from Israeli "Netafim" company, which in turn allows growing a larger amount of food using less of water.

"Now they drink clean water. The kids, who don’t need to look for water anymore go to school" says Ya’ari. "But the most important thing is that they have water to grow food all the time, and not only when it's raining.” It's really inspiring. When we come back to the villages, a few months or a few years later, people are healthier and the students are studying more. But what we love the most is to see all the new businesses, which are possible thanks to the running water in those villages.” The fruits, vegetables and bricks they are now able to produce, are now being sold to other outside villages. "We haven't done anything special" says Ya’ari. We only used the sun, their own water, and brought a few solar panels to pump the water out from the earth.”

Up until today, Innovation: Africa has reached 122 villages in seven African countries. Ya’ari's team includes only 14 staff members, scattered on three continents: an engineer team in Hertzeliya, a fundraising team in New York and local teams in Africa. The organization is able to run all of those projects thanks to their remote monitoring system. In each village they install a system, which sends information regarding the amount of pumped water, the amount of water in the irrigation system, the electricity consumption in the clinics etc. In case of a problem, people on the ground will know how to fix it. This technology won the organization in 2013 with The UN Innovation Award.

A year earlier, the UN had granted Innovation: Africa with Special Consultative Status to Economic and Social Council. "We participate in discussions, and I always show the Israeli technologies. I try to show the other side of Israel, the Start-Up Nation side, which helps and does good in the world" says Ya’ari.

Between a Man and a Village

The emphasis on Israel's image is important to Ya’ari. "It's important to me to help people because they deserve our help, and it's also important that they will know we come from Israel. Most of them have never heard of Israel before, and even if they did, it's only because they have read about it in the bible. They see us as an answer from God to their prayers. I see it as an opportunity.”

Ya’ari insists that even though the organization has helped many people, it's not enough people compared to the amount of people in need. "We are going to continue and do more good. Not only in order to improve the relationship between Israel and African countries, but because it doesn’t make any sense that nowadays people die out of thirst, especially when we know that there is clean water just underneath them.”

The main challenge is the funding, as one project's cost can reach to fifty thousand dollars. Most of the funding comes from friends in the U.S. –either foundations or private donors who "adopt a village", says Ya’ari. This way, a connection is created between a person, a family, a company, or even synagogue with a village.

Even though the technologies they have developed at Innovation: Africa allows them to monitor their projects remotely, Ya’ari is still traveling to Africa often. "I am very lucky that my husband is very supportive. Every time I feel guilty, he tells me, go — our children are OK, go help other children.” She also shares a lot with her kids about her work, "I show them videos and pictures. They bring me clothes and shoes they don’t need anymore, so I can bring it to the kids in the villages. This way, they feel a part of it. I hope to bring them with me next year, so they can see it themselves and help me.”

"As they know what the situation of other kids in Africa is, they truly appreciate everything they have. The fact that they can have a glass of clean water, the fact that they can see a doctor, or even use a blanket when they are cold – they know that the kids in Africa usually don’t have that.”  Ya’ari, who grew up poor, was raised in France. After her first assignment in Africa, she enlisted to study Energy Management in Columbia University in the U.S., where she had started collecting donations for her first solar panel in Tanzania.”

Years later, after coming back to Israel with her husband, the two had opened a completely different business: a chain of beauty salon named iSpa Express, as Ya’ari couldn’t find any in her area. The chain employs 143 employees; most of them are single mothers who were unemployed before. "When we opened the business, we saw so many women who wanted to work, secure their income and get all the social benefits that comes with it." This business also allows Ya’ari to keep running Innovation: Africa. 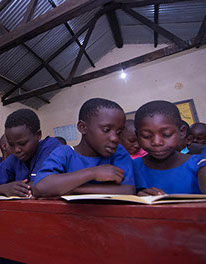 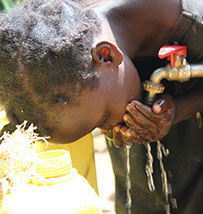 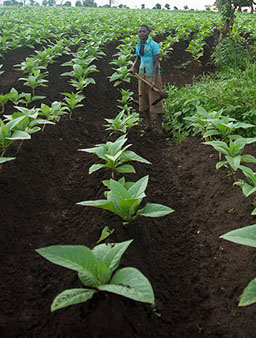 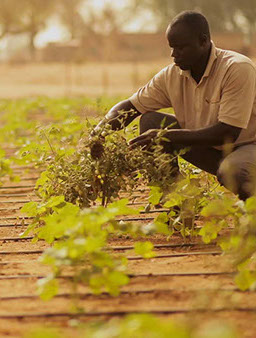 With everything you have already done,
is there anything else you wish to do?